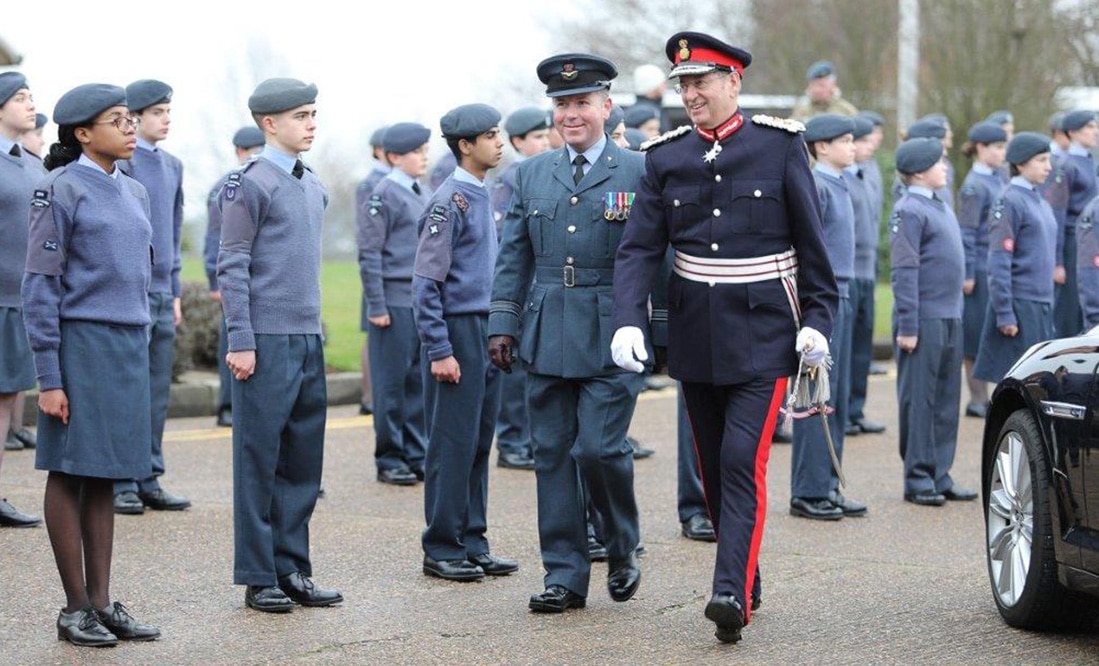 When representing HM The King and on certain other official occasions, the Lord-Lieutenant of Surrey wears a military-style navy blue uniform.

The jacket and trousers both have a scarlet trim. This is repeated on the peak cap, which carries a cap badge depicting the Tudor Rose. Detailing, such as buttons and shoulder boards, are silver rather than gold. There is also a sword with a steel scabbard. No Badge of Office exists for a male Lord-Lieutenant to wear with civilian clothes on other occasions.

The Vice Lord-Lieutenant and male Representative Deputy Lieutenants wear a similar uniform (left); however, those with former military service – holding Naval, Army or Air Force rank of Colonel (or equivalent) or above – may opt to wear the uniform of their service.

There is now a uniform for female Deputy Lieutenants, although those who have previously served in one of the Services may wear the uniform of their rank and service in which they last served.

Deputy Lieutenants wear this badge when formally representing the Lord-Lieutenant.

The enamelled badge depicts the Tudor rose surmounted by a crown, suspended on a ribbon or court bow of the Lieutenancy colours, white and magenta.

The Lord-Lieutenant is His Majesty The King’s representative in the county. Issues relating to protocol and precedence can be clarified by consultation with the Deputy Clerk to the Lieutenancy (caroline.breckell@surreycc.gov.uk) or 020 8541 9127.

How to address the Lord-Lieutenant