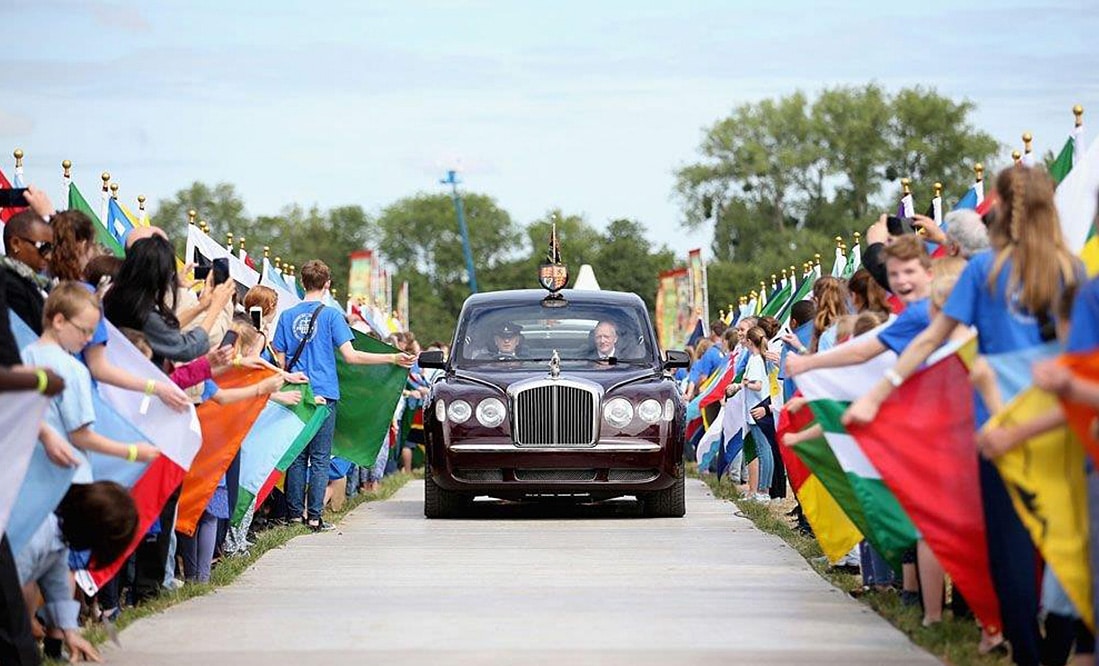 The Queen and other members of the Royal Family are often invited to mark a special event in Surrey, or attend an historic occasion

The Queen and other members of the Royal Family make almost 3,000 visits across the United Kingdom each year. In Surrey, as in other counties, official functions are often included in these visits: opening new buildings, meeting local dignitaries and visiting businesses, schools, hospitals and other public buildings, as well as community schemes, military units and charities.

Many Royal visits start with an invitation sent to The Queen or another member of the Royal Family from a charity, organisation or community group, asking them to a special event or to mark an historic occasion. Invitations to members of the Royal Family are welcomed, although not all can be fulfilled owing to the large numbers received.

It is the formal duty of the Lord-Lieutenant, as Her Majesty’s representative in the county, to receive the Royal Visitor as he or she arrives and to be the last to say goodbye. He may delegate his responsibilities for the visit to the Vice Lord-Lieutenant or to one of his Deputy Lieutenants.

Every summer, The Queen hosts at least three garden parties at Buckingham Palace every summer, inviting about 8,000 guests to each one. It is yet another way in which she recognises the invaluable contribution to this country made by people from all walks of life. They are invited on the recommendation of the Lord-Lieutenants, the government and Civil Service, and a large number of national organisations.